Pottery, cream tea and a walk through the park

My candle holder! Yes, it is a tad uneven. But it was made in my first session and entirely freehand without planning or templates or anything. If I were to make another I would make a template to get it all even and perfect.

I think the carved scroll-y bits worked out very well. I used waaay too much glaze which ran down and kind of puddled on the base.  But I think overall a good effect and I am using the scrolled carving idea on some other pieces. I love the way the glaze kind of "burns" on the edges. 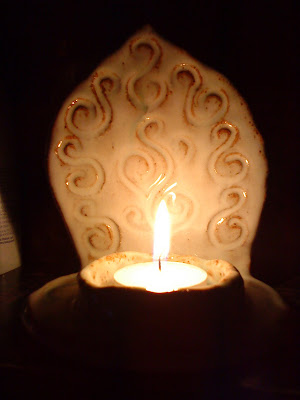 It's annoying that the people who run the studio offer very little help on the glazing and I fear I may end up ruining many other pieces due to glazing problems. I made a little "organic" (read *lumpy* there) vase and dipped it in a matt white glaze which I then splattered with pink. The glaze turned out to be far too thin (and the pink couldn't be seen at all) - yet I had done it under the direct instruction of the guy who runs the studio. The end result just looks like an extremely lumpy grey thing - the lumpiness accentuated by the too thin glaze.

I was unhappy about it and I don't have room at home for, err, such ugliness, so they said they'd put it up for sale in their gallery ..... I told them I'd pay for someone to take it away lol. I forgot to photo it before I left, but I'm sure it'll still be there next week (no-one will be mad enough to buy it) so I'll try to remember to get a photo then. I think it will be headed for the bin anyway.

Said vase was the second thing I made. The firing and glazing processes all take a looooong time. The item has to completely dry out before it can go in the kiln, which takes time to fire up of course and several days to cool down before they can open the door. Then the item is treated with glaze and fired a second time. They do alternate first firing and glaze firings as they have to be done at different temperatures, and only one firing a week on average.

Waiting for a first firing at the moment I have two bowls - one of which has butterflies impressed on the interior, the other with scroll carving on the inside. I also have two square planters I'm working on and a shell sculpture which may turn out to be a vase - I haven't decided yet.

On my way to the studio I passed these lovely Oriental Poppies which are some of my favourites though they are so fleeting, so I paused to capture them. 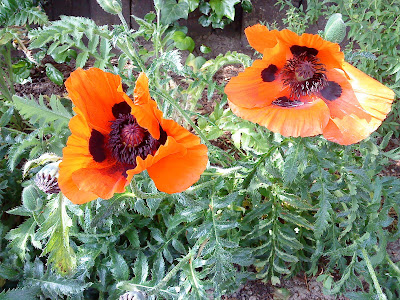 View from Debenhams cafe where I went with the Bear this week. You get a fair view of the Cathedral from here. You can see the hills in the distance that surround us. 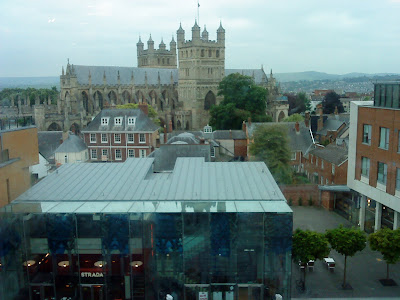 We had a cream tea (I'm a sinner!) which, for those who don't know, involves a pot of tea (or coffee) with scones and jam and clotted cream. Unfortunately it didn't occur to me to take a photo. So here's a photo someone else took taken from this page (by a hotel about 5 miles from here) where you can read all about cream teas if you're a total masochist. 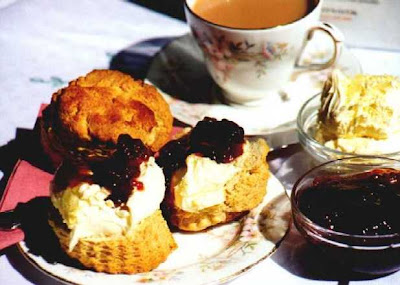 Bear loves clotted cream and always buys some when it's reduced. He rarely buys scones though so I don't know what he eats it on. I am not a big cream fan, so it's rare for me to eat it.
After that of course he wanted some fish and chips! As Bear wanted to avoid the traffic we walked there via a park. I haven't been in this park for a long time and was pleasantly surprised by some really beautiful planting. There were frilled Oriental Poppies, lupins, luscious roses .... 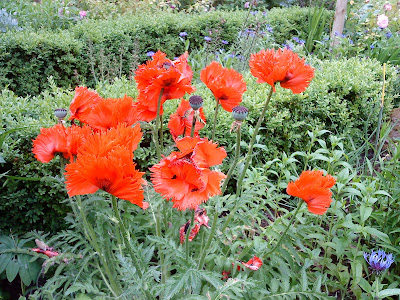 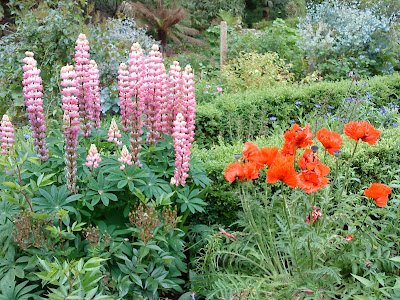 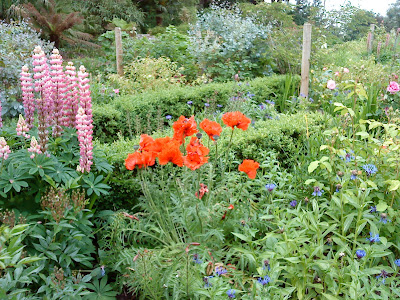 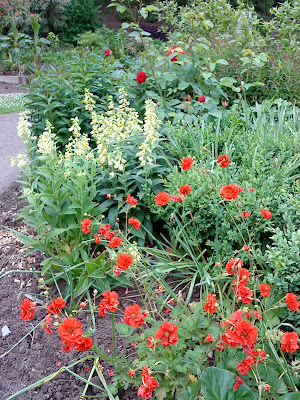 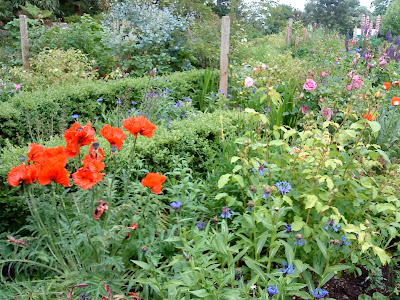 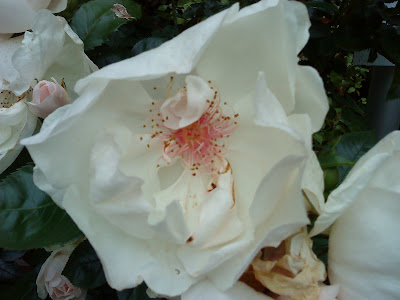 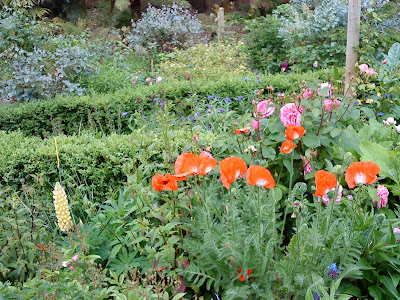 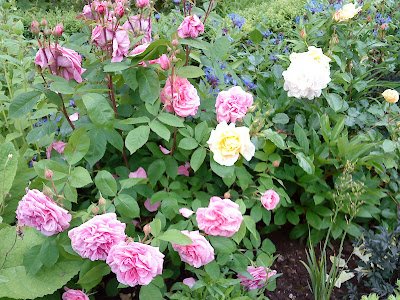 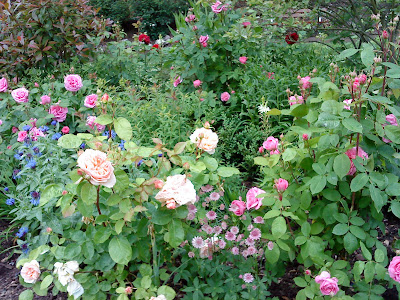 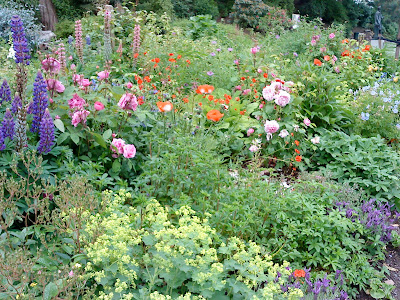 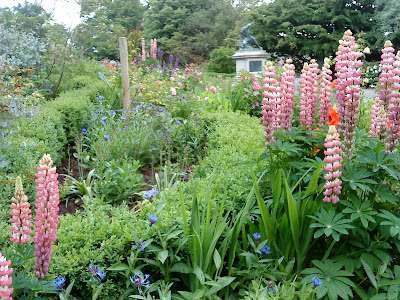 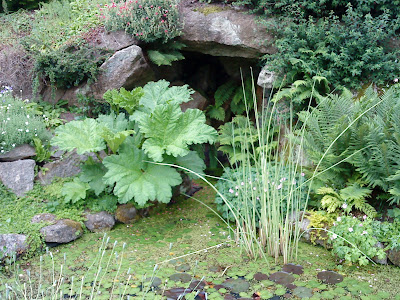 And finally, photos of the merry fish and chip shop where Bear is a regular customer - The Dolphin Fish Bar. 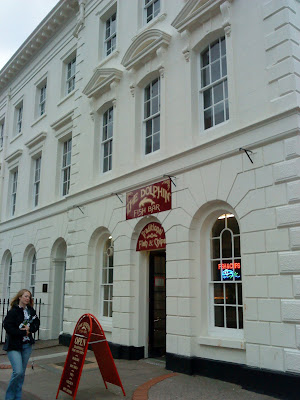 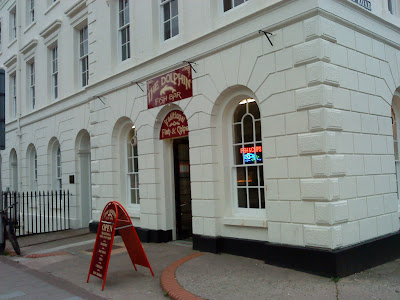 Hope you all have a lovely weekend!

Bearfriend xx
Posted by Friend of the Bear at 14:15