Hello friends. I've had a few days when I've unusually had quite a bit of energy. On Friday I was able to do some decluttering and threw out 3 bags of recycling, took 1 bag to the bottle bank (mainly jars!), and had four bags of books and a bag of old sindy stuff to go to the charity shop. The sindy stuff was given to me by the Bear as someone was throwing it in the bin, but it was mostly TLC and from the 1960s and I collect only late 1970s up to mid 80s. There were also a number of Pippa dolls, clothes and shoes in there. All could have been sold on Ebay - but I decided a whole year ago I would sell it and still hadn't done it. I've never sold anything on Ebay (though bought plenty of stuff!) and it just seemed like too much stress for very little money given that the doll stuff was in poor condition and I find parcelling things up takes hours. Then there is the stress of having to go into town to the post office. And the worry about the buyer being unhappy with what they've bought. So I decided to just give it away to be rid of it.
In my decluttering I sorted through a MOUNTAIN of mail which was mostly junk, so I'm totally caught up on that. I also cleared the kitchen table - I can now see my kitchen table!

On Saturday I wanted to get to the bank, but spent so long sorting papers - and the inevitable fear of leaving the house - that I was too late. So I took as many bags as I could carry to a charity shop. While I was there I spotted a butterfly stamp - just the very thing I wanted - to make a bowl in my pottery class with impressed butterflies on it for my healer's birthday present. I can't remember when exactly her birthday is but she's cancer so not too far in the future. Sadly I have only seen her once in the last 4 or 5 months due to various problems her end.

Anyway, while in the shop I FORCED myself to have a look through the clothes, but there was nothing I was interested in. I must have been fired up a bit because next I went into BHS determined to get something so I wouldn't have to wear my thick jersey trousers all summer.

A depressing experience! But that is why I have very few clothes. I made myself act AS IF I was one of those people on a "How to dress yourself" show. You know, if you're big get something that's fitted, shows off your curves etc etc etc. Well all the tops seemed to be fitted so I selected a few and tried them on. Not a success! They made my bust look ginormous and I looked as though I was about to topple forward at any moment. One top, that gathered in under the bust, made me look heavily pregnant.

I decided my straight down t-shirts are the best option as long as they skim and don't cling to the fat. They make me look less like a giant blob on legs than the fitted tops.

I couldn't get any proper trousers as I need a short fitting and I couldn't find a large enough size in the short range. I did manage to get a couple of pairs of cropped trousers. After trying on about 10 pairs.

All in all a sobering experience. But it might just give me the kick up the a*se I need to reduce my eating.

Yesterday I was supposed to be meeting the Bear. I rang him about 6 times with no answer and at 4pm gave up. I have been out very little in the last couple of weeks as he hasn't been out much. I realised I'd become reliant on him to be able to get out. And getting zero exercise for two weeks actually made me feel ill. I decided I had to get out on my own and have a walk. So I did.

And 100 yards from my front door I was caught in several minutes of VERY heavy rain - with even a few hail stones thrown in. I stood under a tree and my umbrella. But by the time it abated I was soaked up to the knees because the rain was bouncing off the pavement so much!

I was cursing and thinking things were against me as the one time I head out for a walk it's the heaviest rain ever.... But I carried on. The weather was very temperamental that day. There were showers but also periods of intense heat and sunshine.

To give myself some purpose in being out I took a load of photos for your enjoyment. I ended up wandering around for 3 hours. I felt good at the end of yesterday. 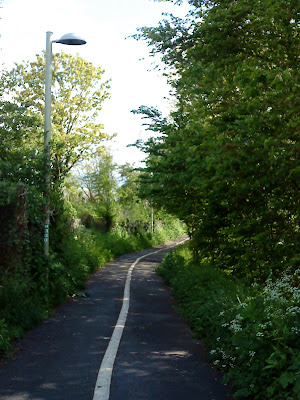 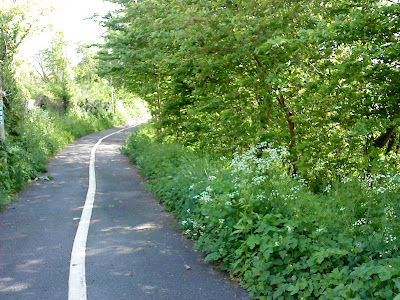 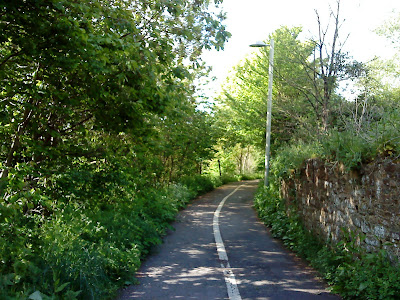 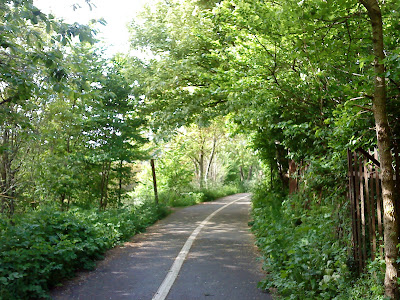 View looking from path over to the University 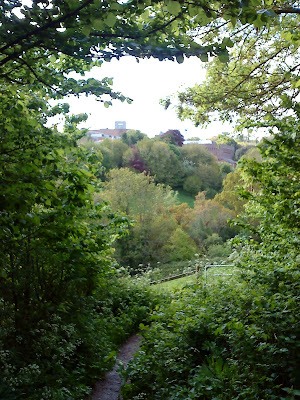 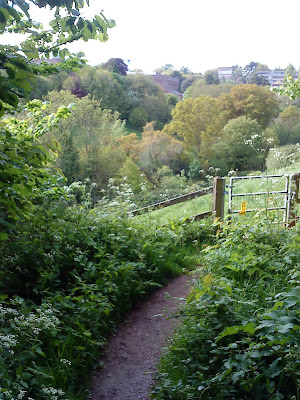 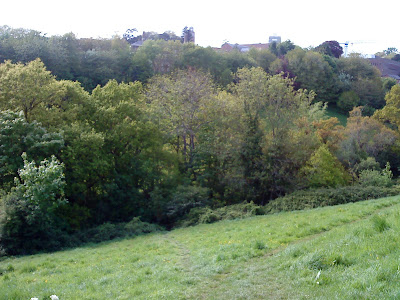 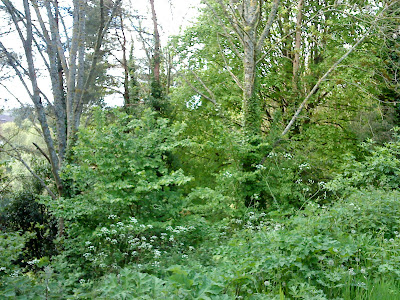 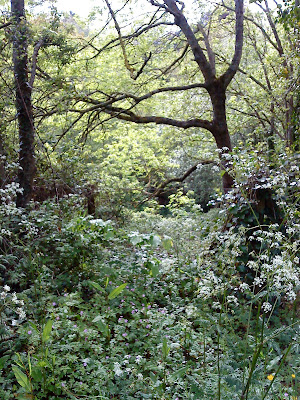 Then I walked through the University grounds 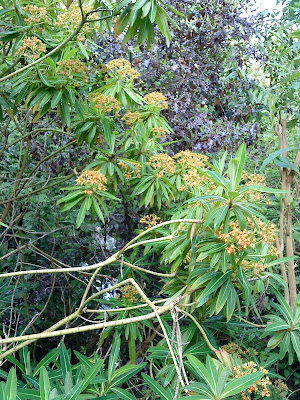 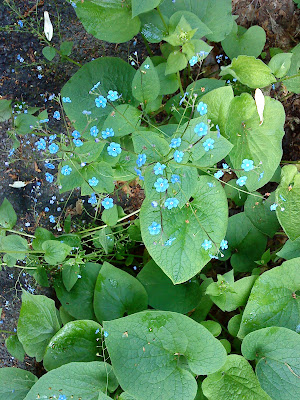 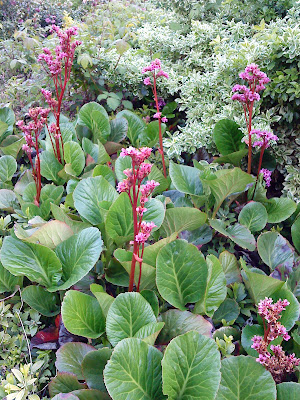 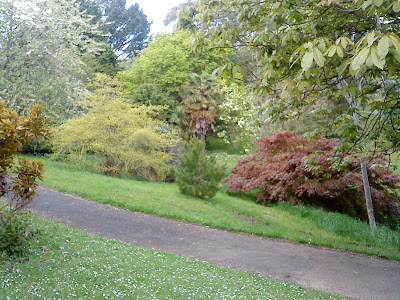 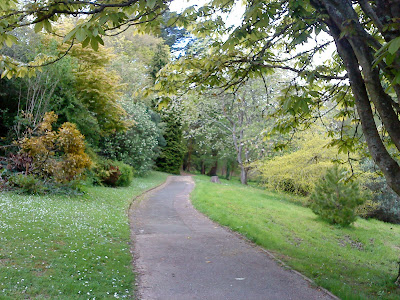 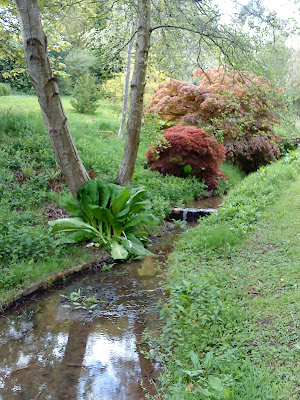 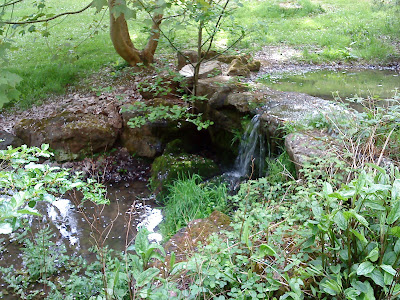 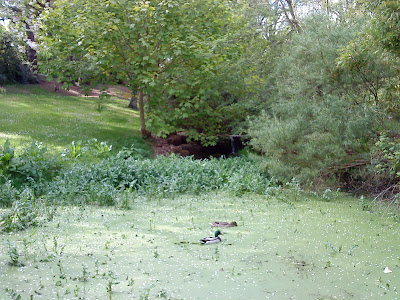 The beauty of weeds! 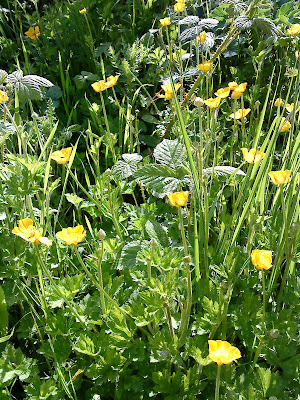 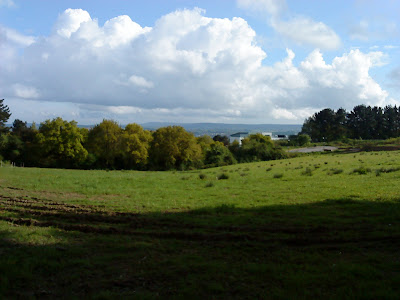 Next time I'll continue the pictures of my walk from this point.
***
I was given this lovely award by Rainbow Dreaming. Thanks L! And an appropriate ending to a happy post! 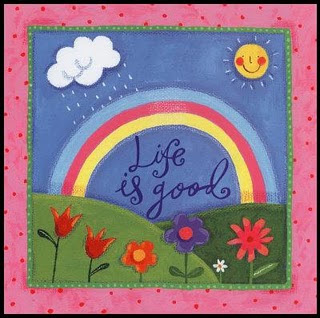 Hope you've all had a good start to the week!
Bearfriend xx
Posted by Friend of the Bear at 16:29