A walk down by the canal

A couple of weeks ago, when the snow was fresh on the ground, the Bear wanted to go for a walk down by the canal so he could photograph it while it was frozen. When I met up with him he had his tripod in a wheel-along bag and several cameras hanging about his person. He meant business!

We walked along the quay and it looked so beautiful in that special winter sunshine. I wanted to keep taking photos along the way, which irritated the Bear no end. Because you know he is the photographer, not me. And he was set on his destination as being a spot some way down the canal where there are no buildings. Because he only photographs nature and anything built by humans is an offence to his delicate artistic sensibility.

There was anger and cross words every time I paused to capture a sight. I was under pressure to do it as quickly as I could to avoid making his temper even worse. After all, he would miss the light if I didn't get a move on ....

Standing on the quay looking down the river 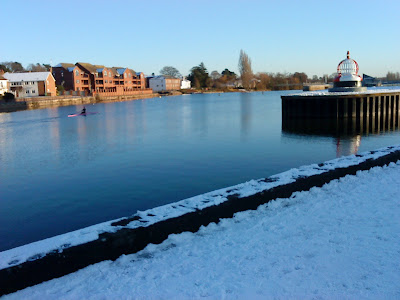 Just beyond the lock so the water was not frozen here 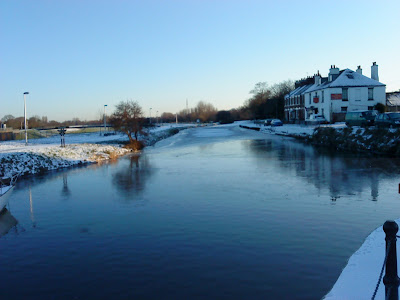 Looking across the canal and river (they run parallel) 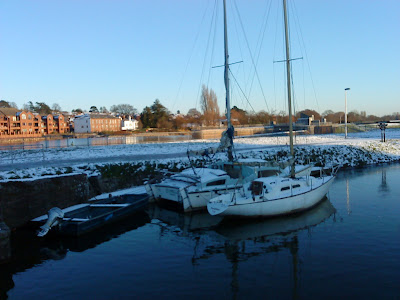 And back towards town 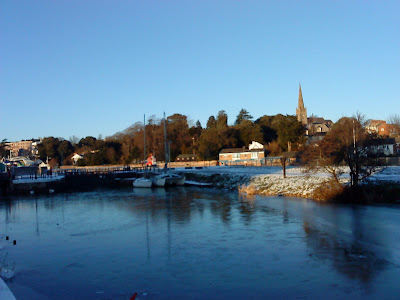 Further down the canal where it was frozen 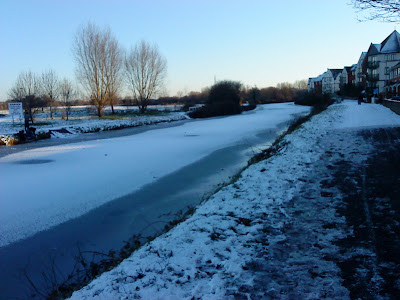 The spot chosen by the Bear 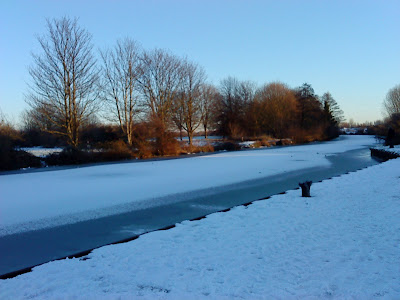 By the time we reached the spot I was pretty pissed off with his attitude. Although it is typical really. Only he counts; only his photographs count.

We had walked past all the interesting sights on the quay, canal basin and boatyard to get to a place I considered really boring.

Normally, I would stand about there offering support in any way I could and suggesting good angles and ideas to him.

But this time was different. The day before I had forced myself out on my own in daylight in the snow to take some photos so I could show them to you. These were the first photos I had taken in over 15 years. The first time I used my camera phone which I got over 6 months ago. But as you know I find it difficult getting out in daylight so I was a little too late and hadn't really got many shots in good light. And the camera phone is very basic and can't handle low light at all well.

So I appreciate my teddy Bear wanting to be out and about with me - though he just wanted me there for moral support - because it enabled me to get out at a decent hour. Even though he was a grumpy Bear. But then he usually is.

I had to get my own shots. I couldn't let the opportunity go by. So I felt bad about it, but I left him there and walked back getting the photos of the boatyard I wanted. 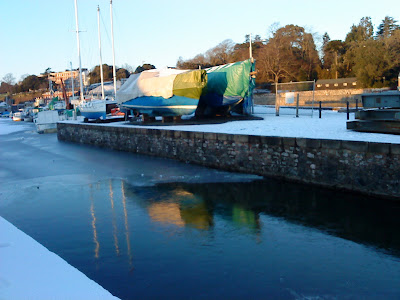 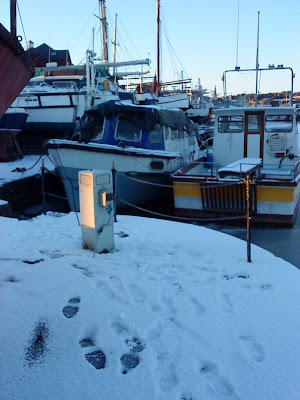 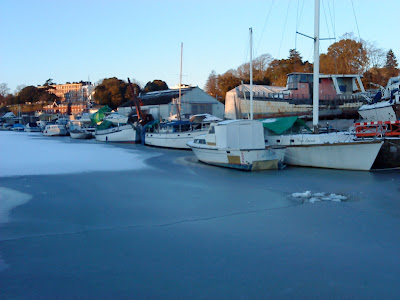 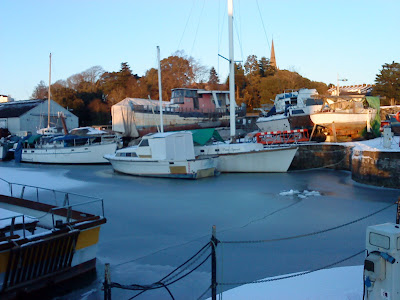 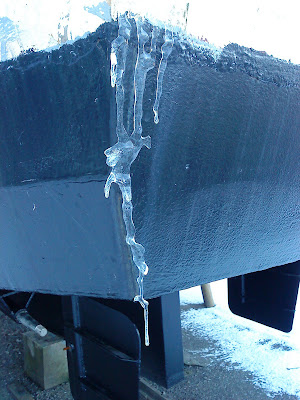 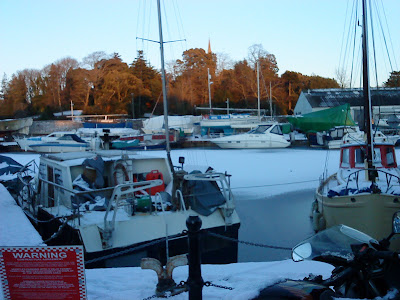